Creator:
Bayh, Birch, 1928-2019
Abstract:
The collection consists of papers generated and received by the office of Senator Birch Bayh during his three terms (1963-1980) in the United States Senate representing the state of Indiana, including extensive papers from his legislative work, his chairmanship of the Judiciary Committee's Subcommittee on Constitutional Amendments, his other Judiciary Committee work, his Senate and Presidential campaigns, and his extensive involvement in economic development in Indiana.
Extent:
800 linear feet est.
Language:
Materials are in English .
Preferred citation:

Birch Evans Bayh was born January 22, 1928 in Terre Haute, Indiana. He attended public schools in Indiana; served in the United States Army in Germany from 1946-1948, and after Army service attended Purdue University, graduating with a B.S. in 1951. Following graduation he took over management of his maternal grandparents' farm near Terre Haute. In 1954 he was elected for the first of three terms to the Indiana General Assembly. He entered the Indiana University School of Law in Bloomington in 1957, served as Speaker of the Indiana House of Representatives in 1959 while completing his law studies, and received his J.D. with distinction in 1960. In 1962 Bayh ran as a Democrat for the office of United States Senator, narrowly defeating long-time incumbent Republican Senator Homer Capehart.

During his eighteen years in the Senate, Bayh served on the Judiciary Committee, for seventeen of those years as chairman of the Subcommittee on Constitutional Amendments. As such he was a prime mover in the drafting of three amendments to the United States Constitution. The Twenty-Fifth Amendment, concerning presidential and vice-presidential succession and disability (documented in his book,One Heartbeat Away), and the Twenty-Sixth Amendment, which set the voting age at eighteen rather than the previous twenty-one, were ratified. The third, the Equal Rights Amendment, passed Congress but narrowly failed of ratification by the states. He also introduced in every Congress a constitutional amendment to abolish the electoral college and allow direct popular election of the President, a cause he continued to pursue after leaving the Senate.

As chair of the Judiciary Committee's Subcommittee to Investigate Juvenile Delinquency, Bayh was heavily involved in investigation of drug abuse and the drug industry, gun violence, and the abuse of incarcerated juveniles and was a chief architect of the Juvenile Justice and Delinquency Prevention Act of 1974 establishing a separate juvenile justice system. He was closely involved in the efforts seeking District of Columbia representation in Congress and undertook major efforts to dismantle the monopoly of the oil industry and encourage alternative energy development, including establishment of and leadership in the National Alternative Fuels Commission, which promoted the development of ethanol. His service on the Public Works Committee for a decade and then on corresponding subcommittees on the Appropriations Committee led to important work on federal criteria for clean air and clean water regulations and comprehensive legislation for disaster relief preparation before disasters. He provided leadership within Congress in forming programs for the assistance of disabled citizens and the mentally ill. Throughout his professional career he championed causes relating to senior citizens, the handicapped, women, and all minorities. He worked strenuously to increase cancer research and served as chairman of the AIDS Action Council. He served on the Senate Select Committee on Intelligence from 1977 through 1980, chairing its Subcommittee on Intelligence and the Rights of Americans in 1977-1978 and the full committee in 1979-1980.

The legislative accomplishment for which Bayh is perhaps best known was his co-authorship of Title IX of the Higher Education Act amendments of 1972, mandating equal opportunity for women in all academics and activities, including sports, in educational institutions that receive federal funding. Formulated in the face of apparently immovable conservative opposition to the Equal Rights Amendment, the brief statement of Title IX revolutionized the world of opportunity for America's young women. Less visible but also revolutionary for higher education was the University and Small Business Patent Procedures Act of 1980, often referred to as the Bayh-Dole Act, which culminated years of efforts by Bayh to reform patent law so that the products of federally funded research could be brought to market.

Bayh ran for reelection in 1980 but was unexpectedly defeated by the Republican candidate Dan Quayle. Following the election he helped form a law firm in Washington, D.C., served as Chairman of the Institute Against Prejudice and Violence from 1984 through 1994, and was appointed to the Fulbright Foreign Scholarship Board by President Clinton in 1995. He practiced law in Washington with the firm Venable, LLC until 2010, when he retired to Easton, Maryland, continuing his efforts in support of direct election of the President and engaging students at Washington College in Chestertown, Maryland in discussions of public policy issues and the importance of public service. He died on March 14, 2019.

Contained in the collection are legislative and issue mail; files of legislative and office assistants; Bayh's roll call votes and voting records; campaign files for all three senatorial elections as well as for his campaigns for the Democratic presidential nomination in 1972 and 1976; press files including copies of Bayhlines (newsletter), press releases and speeches; committee files including the Judiciary Committee and its Subcommittee on Constitutional Amendments and the Appropriations Committee; and audio visual materials including photographs, audio and video tapes, and films. Also present are drafts, research notes and page proofs for One Heartbeat Away, published by Bobbs-Merrill in 1968, and other writing projects; awards; and files relating to Marvella Bayh.

The collection as received credited certain sequences of files to particular staff members, some of whom remained with Bayh for an extended time and performed multiple functions within his office. While the basic arrangement of the collection is functional, staff members' initials in brackets after folder titles allow for some degree of reconstruction of individual responsibilities.

Early processing efforts integrated all mail into single alphabetical sequences by letter-writer for each year, ignoring office notations on carbon copies that indicated legislative mail, general mail, political or press mail, etc. A major emphasis of processing was to restore the original order as indicated by those notations and to integrate mail without notations into that restored scheme. The majority of this effort was made possible by a grant from the National Historical Publications and Records Commission.

The collection contains the following series, for which finding aids will be available as they are completed:

Additional information about Birch Bayh and his senatorial career is available in the "Related Pages" of the Modern Political Papers website.

The collection is currently in the final stages of detailed processing. Materials for which there is not yet an online finding aid may possibly be made available for research by advance arrangement.

Photocopying and scanning are possible with permission. 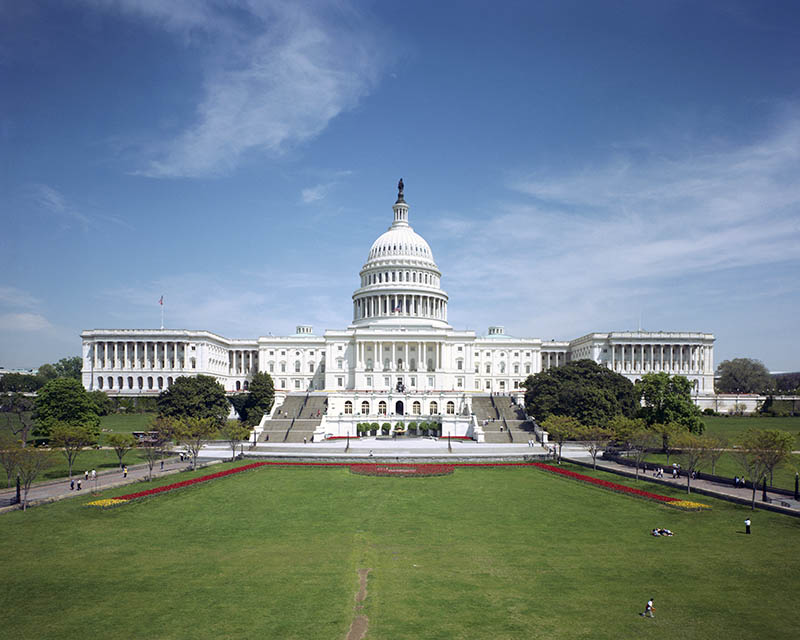