The Josef Gugler collection consists of promotional materials for films produced in or directed by filmmakers from Africa and the Middle East. Over 500 unique films by approximately 350 film directors are represented. Formats include film posters, pressbooks, chirashi flyers, lobby and storefront cards, handbills, photographs, slides, and audiovisual recordings. Also represented in the collection are promotional materials for films treating Middle Eastern and African diasporic communities in Europe and films by American and Western European directors depicting the Middle East and Africa such as Lawrence of Arabia and Out of Africa.

The posters in the collection range from 14 x 10 inches to a 78 x 54.75-inch poster of Campo Thiaroye by Sembène Ousmane. The majority, however, are a mix of sizes ranging from approximately 21 x 16 inches to approximately 62 x 47 inches. The posters were printed and distributed throughout Europe, the Middle East, Africa, and North America. Approximately half of the posters have text in French. Most of the other half consists of posters in English and German. The remaining 55 items are in Arabic, Bambara, Croatian, Czech, Hebrew, Italian, Japanese, Polish, Romanian, Spanish, Thai, and Turkish. The original release dates of the posters go back as early as 1947 (Ibrahim Emaras's Akhaam al-Arab, aka The Wisest Arab), but the majority were released between 1962 and 2010. The most commonly represented countries of production include France, Algeria, South Africa, Burkina Faso, Egypt, Iran, Israel/Palestine, Lebanon, Mali, Morocco, Senegal, Tunisia, and Turkey, but over three dozen additional countries are also represented.

A similar distribution of countries, languages, and dates exists for the pressbooks, chirashi flyers, handbills, press kits, lobby cards, and photographic materials, although the variety is somewhat less due to the smaller number of items for each format.

The photographic materials include 41 prints of African filmmakers Moussa Sene Absa, Flora Gomes, Dani Koyaté, Sarah Maldoror, Isrissa Ouédraogo, Ousmane Sembène, Ingrid Sinclair, and Cheik Oumar Sissoko. These mostly appear to be candid shots and include photos of Sissoko and Ouédraogo receiving awards for their films at FESPACO. The remaining items are prints and slides of film and production stills for approximately sixty different films.

Most notable among the audiovisual materials are 16 mm prints of three of Ousmane Sembène's films: Mandabi, Tauw, and Xala, as well as Sara Maldoror's Sambizanga and an episode of the BBC television show Woza Albert! Also included in this series are over 200 commercial DVDs and VHS tapes, two dozen soundtracks on LP and CD, a dozen electronic press kits, and 142 VHS and DVD-R/CD-Rs that appear to be duplicates of other items or preview and screening copies from various filmmakers and production companies.

In summer 2015 University of Connecticut Professor Emeritus Josef Gugler donated his collection of research materials related to African and Middle Eastern film to the BFC/A. Much of Gugler's research and the resulting publications have focused on issues arising from the urbanization of developing countries, particularly in Sub-Saharan Africa. Since 1961 he has performed research or served as a visiting lecturer/professor in Nigeria, Tanzania, the Congo, Uganda, Kenya, and Senegal.

In 1991 Gugler began teaching a course called "Modern Africa: Re-Imaging Africa through Films and Novels" at the University of Connecticut. The posters, films, videos, and other promotional materials donated to the BFC/A served to support his research and coursework on African film and led to the publication of his African Film: Re-Imaging a Continent (Indiana University Press 1993, reprinted 2003). Later, Gugler's research interests in international film expanded to North Africa and the Middle East. Additional publications related to Gugler's work on African film and his more recent exploration of Middle Eastern film are listed below.

Gugler's awards and honors include and a senior fellowship from the American Institute of Indian Studies (1980-1981), a Choice Outstanding Academic Book award for The Urban Transformation of the Developing World (1997), a National Science Foundation Dissertation Grant for Monibo A. Sam (1997), and grants from Cologne University and the French Government (1957-1958), the German Research Association (1961-1963, 1987-1991), the University of Connecticut Research Foundation (1969-2001), and the Bureau of Educational and Cultural Affairs of the State Deparment (2001-2004).

Acquisition information:
The material in this collection was donated by Josef Gugler to the Indiana University Black Film Center Archives in summer 2015.
Processing information:

This collection is arranged into the following three series:

"Ali Zaoua: The Harsh Life of Street Children and the Poetics of Childhood" Journal of North African Studies 12 (3): 369-379, 2007. Reprinted pages 93-103 in North African Cinema in a Global Context: Through the Lens of Diaspora, edited by Andrea Khalil, London / New York: Routledge, 2008.

"Fiction, Fact, and the Responsibility of the Critic: <em>Camp de Thiaroye, Yaaba, and The Gods Must Be Crazy,"</em> pages 69-85 in <em>Focus on African Film,</em> edited by Françoise Pfaff, Bloomington: Indiana University Press, 2004.

The materials in this collection are open to the public.

Materials may be used in-house at the BFC/A; duplication permitted only with permission of the Archivist. Use of audiovisual materials may require the creation of a reference copy. If you wish to preview a VHS recording in this collection, please contact the BFC/A staff well in advance of your visit. 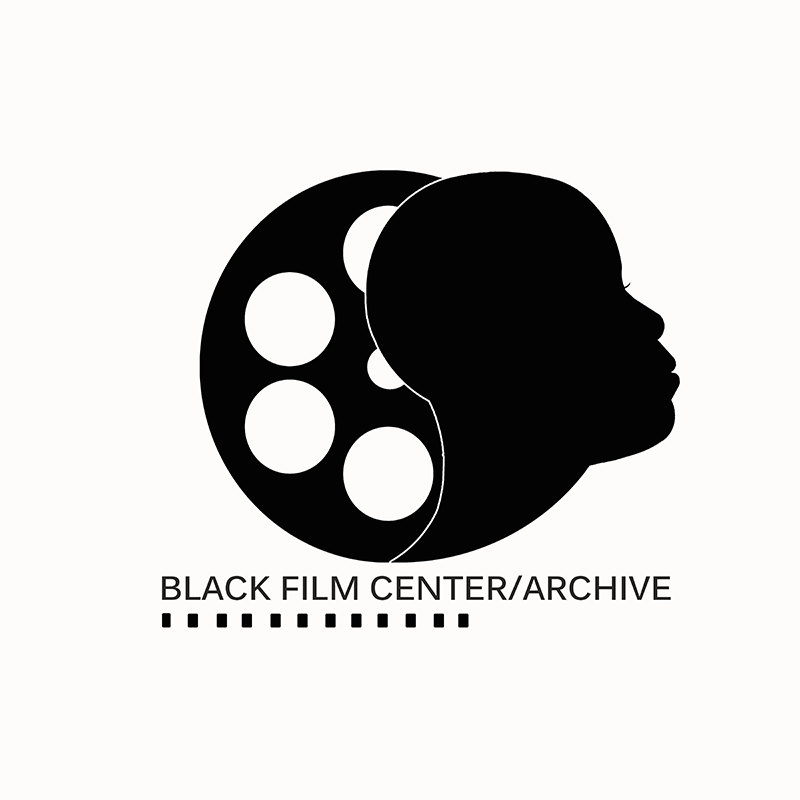